Home » How Can A Cat See In The Dark?

How Can A Cat See In The Dark? 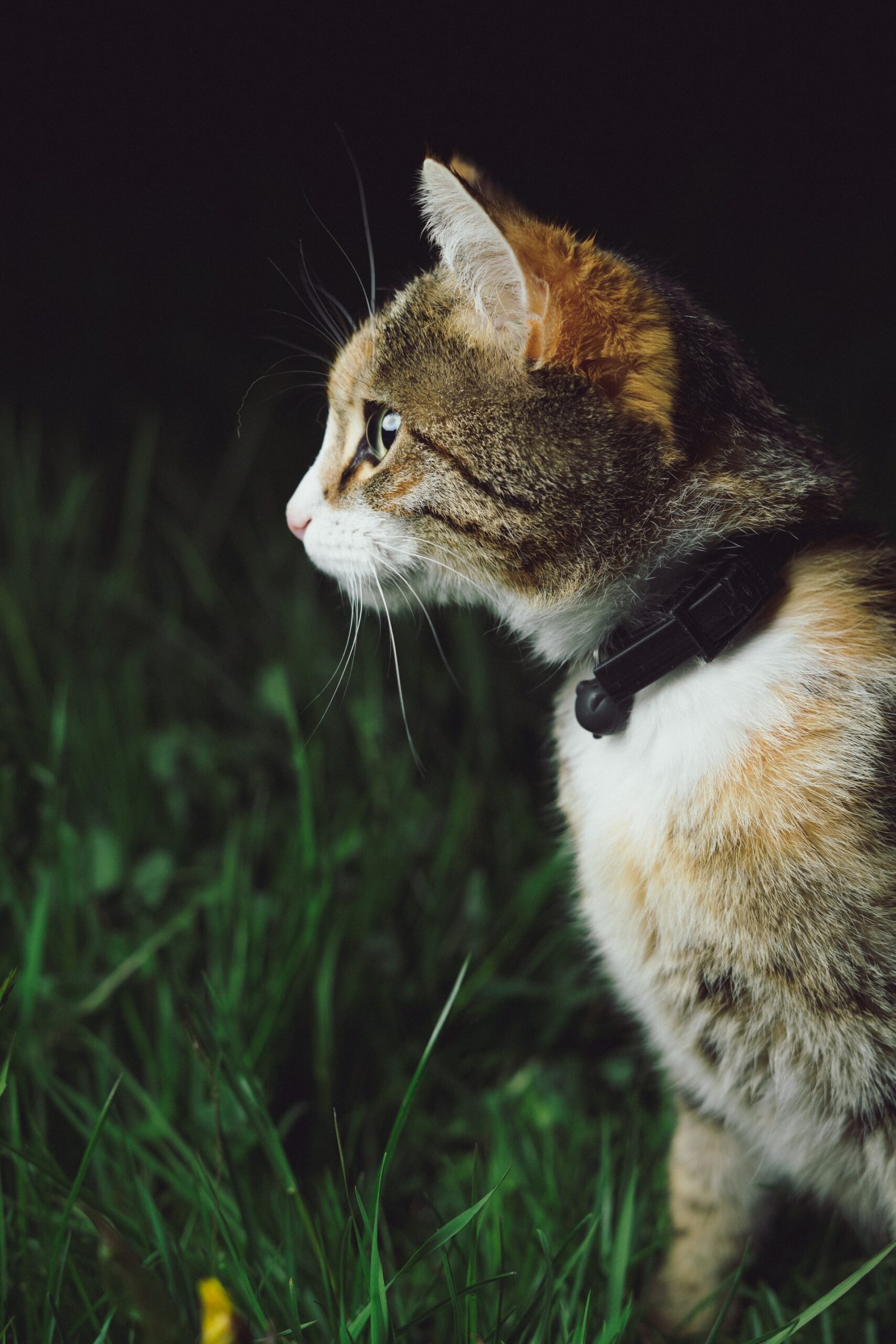 Cats have a third type of vision- the ability to see in dim light. They also have a superior sense of hearing and smell.

Ever wondered how cats can see in the dark? Cats have a third type of vision, called “night vision,” which allows them to see in dim light. Unlike humans, who need to be exposed to bright light for their eyes to function, cats can function in darkness.

The other reason why cats are considered natural night predators is because they have a superior sense of hearing and smell. Their ears are more sensitive than human ears and their noses are much more powerful than ours too!

Cats are nocturnal animals, which means they are active during the night. Cats can see well in the dark, but they also have excellent vision during the day. Cats use their whiskers to sense when they are close to something or touched by something. Cats have a lot of rods in their retinas, these rods help them see in low light conditions and have a tapetum lucidum which reflects light back from the retina giving them an even better chance of seeing.

The Anatomy Of A Cat’s Eyes

A cat’s eyes are the most unusual thing about them. They have a reflective layer at the back of their eye called the tapetum lucidum, which reflects light back to provide them with night vision. It is also thought to be an adaptation that helps them return to their hunting grounds at night.

A cat’s eyes are equipped with various features that allow it to see well both in the dark and in broad daylight. Cat’s have a retina, which is found on the inside lining of their eye, that can produce color like humans do. Cats also have one more type of cell than humans do. These cells allow cats to see much better than humans in low-light conditions because they can gather light from different directions and then process it into one direction.

Cats are unusual in that they are the only mammal that can see in near-complete darkness. They can see 6 times better than humans at night. This is due to the large number of photoreceptors called rods which are also responsible for their ability to see in dim light, since they work even at low light levels.

Cats have a tapetum lucidum, which is a reflective surface behind the retina of their eye, which reflects light back onto it. This means they need less light to function and allows them to make more use of their night vision. To put it simply – cats use the photons that bounce off the tapetum lucidum to enhance what little amount of light there is available in order to create an image that is visible to them.

How Does Low Light Vision Work?

Low light vision is a property that animals have that allows them to see better at night.

Research shows that animals have different types of eyes. Some animals have a type of eye called rod cells, which are only sensitive to low light. Humans also have this type of eye, but it’s not as efficient as other animal’s rod cells.

Low light vision allows for higher contrast and more colors at night. This is why certain animals can see better at night than humans can – they have a larger number of rods in their eyes which means more sensitive rods and cones in their eyes provide color perception and motion sensing abilities at night.

Can Cats See In Total Darkness?

This article talks about the research that was conducted to explore how cats can see in total darkness and what color they can see.

This is a topic that has been explored by many scientists and researchers for a while now. The short answer is – animals use their hearing, smell, and other senses to get around when there’s no light.

However, we don’t know for sure if cats can see in total darkness because they cannot provide us with their point of view on this subject.

How Cats See The World At Night

We can’t even see much in the dark, but cats are experts in seeing in the dark. No wonder they are often seen at night. But do you know why? We will give you an insight what it looks like when they see the world at night.

Many things about their night vision make them perfect for this time of day. They have eyes that allow them to detect infrared light, which is a type of light that is emitted from objects and animals with a body temperature lower than humans. Since most nighttime predators have a warmer body temperature, cats can easily spot them from a distance and avoid being eaten.

Do Cats Have Good Night Vision?

It is said that dogs and cats both have excellent vision and can see well at night. This fact has been proven by tests on their eye physiology.

Cats are nocturnal animals, which means they are most active at night, but most of the time they do not have to hunt for food. They are able to see well in the dark due to their reflective tapetum lucidum, a layer of tissue located behind the retina that reflects light back into it.

This is an interesting question. Cats spend 99% of their time in the dark, so they need to see extremely well to be able to hunt at night. A cat’s night vision is six times better than ours, which gives them the ability to see light waves that are invisible to humans.

Cats can see better at night because they have more rods than humans do. These rods are located around the edge of your retina and provide you with “night vision”. The more rods you have, the better your eyesight will be in low-light conditions – like cats!

How Far Can Cats See In The Dark?

Experts say that the best way to know how far cats can see in the dark is to measure how much light they can detect.

Cats can see up to 130 feet away in darkness, and they need only one tenth of the amount of light humans need. This means that cats are able to better see objects at night than we do.

The tapetum lucidum is what gives your cat’s eyes that bright green shimmer in the dark. It is also what allows them to see in low light conditions such as at night or when they are in a dark room.

The Various Types Of Night Vision

Night vision can be achieved either through retinas or with lenses in the eye.

Retina night vision is achieved by the rods and cones of the eye. This process is done through an involuntary reflex that happens when light enters the retina. When it does, it activates a chemical reaction that sends a signal to the brain informing it about how much light is in their surroundings.

Cones are used for daytime vision, but not for night time because they don’t work well if there’s no light to activate them. Retinas, on the other hand, work at all times of day and function better than cones when there’s only minimal light around due to less glare.

The Importance Of Cats Being Able To See In The Dark

It is believed that cats didn’t start to need to see in the dark until the Industrial Revolution.

The first reason for this might be due to the increase of artificial lighting in homes and public buildings. With artificial light, cats were able to see well enough at night. But with the development of electric lights, animals were no longer able to adapt their eyesight or their circadian rhythm so there was a need for them to be able to see in the dark. Cats are no exception.

Cats are also nocturnal creatures which means that they tend not to be active during daytime hours when humans are around. Cats are born with an acute sensitivity towards light which is why they have an instinctive fear of it, this may have helped them survive when humans starting using firelight as a source of illumination in the night.

What Are The Causes Of Poor Cat Vision?

A cat’s eyesight is not nearly as good as human eyesight. Cats can see in the dark, but they need a lot of light to see colors and shapes.

The leading cause of poor vision in cats is a condition called Feline Cataracts. Cataracts are a clouding of the lens inside the eye, which blocks light from passing through and entering the retina.

This section examines the causes of poor vision in cats and what you should do if your cat has any problems with its eyesight.

So What Happens If Your Cat’s Eyesight Gets Worse?

Since cats are mammals, they have the same eyesight as humans. Therefore, retinal degeneration can be just as devastating for them as it is for us.

The general recommendation for eye care is to visit an ophthalmologist once a year. You should also change your cat’s food so that they get enough vitamin A and D, which are the most important nutrients for eye health.

1. Believe it or not, your cat may suffer from a condition called retinal degeneration. This can lead to a number of eye conditions that can affect their vision.

2. If you think your cat has vision problems, the best way to get an accurate diagnosis is to ask your vet for an eye examination.

3. In this case, there are a variety of treatments available for cats with retinal degeneration including surgery and supplements which can help them recover their sight and improve their quality of life.